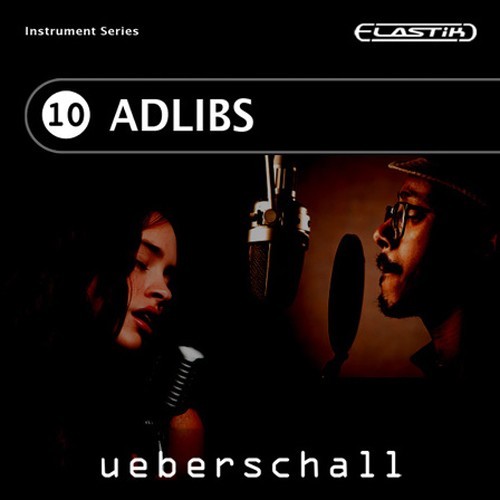 Liquid Adlibs
There’s plenty of raw material here – and if you work in these styles and you require some occasional vocal ear candy, Adlibs is certainly worth auditioning.

Ueberschall’s Adlibs is a further volume in the Liquid Instruments series, and like the rest of the collection it provides a loop or phrase library that’s accessed through a custom version of Celemony’s Melodyne. This gives these libraries something of a twist, as not only can the phrases by sync’ed to the host project tempo but, within certain constraints, the timing and pitching of the phrases can also be adjusted.

(...)
Adlibs features over 2400 vocal phrases, performed by five male and three female singers. The phrases were recorded at 24-bit word length and require about 800MB of hard drive space. They’re split into ‘verbal’ and ‘non-verbal’ categories, with the former dominated by proper lyrics, and the latter containing more of the ‘wooahh’, ‘yeah’ and ‘oohhhh’ type material. The phrases are originated into small groups based upon a particular singer and the original recording tempo.

The musical styles would suit pop, dance, R&B and hip-hop. One or two of the singers fall clearly into one style or another. For example, the male-voice phrases provided by Bazz are mostly at tempos below 90bpm and are generally spoken rather than sung – they’re not quite rap, but the attitude is fairly macho hip-hop. In contrast, the phrases provided by Danny are much more R&B-friendly. Of the female singers, the phrases from Nathalie have plenty of get-up-and-go, and they’d suit a range of high-energy dance styles, while Inaya’s vocals cover a much broader range, with some material suitable for R&B and some moving into dance or rave territory. In several cases, small groups of three or four related phrases are provided. These might be the same lyric but sung with slightly different timing and/or melody, or phrases that might be linked together.
(...)
While the Melodyne engine gives additional flexibility, you’re obviously still tied to the lyrical content of the phrases, and this is a bit of a mixed bag. The majority of the material is based on tried-and-tested pop and dance clichés, which is actually a good thing, given that the phrases are best used as vocal hooks. Some of the more unusual lyrics are perhaps more difficult to imagine in this role, but that said, there’s plenty of raw material here – and if you work in these styles and you require some occasional vocal ear candy, Adlibs is certainly worth auditioning.

Liquid Adlibs
Ueberschall made a good mix between sound- and singquality (male and female, verbal and non-verbal), which works very well in electronic (dance-)music.

More ueberschall, but for the Liquid player this time. It comes with the Melodyne Engine and makes musical phrases very editable.
(...)
Ueberschall made a good mix between sound- and singquality (male and female, verbal and non-verbal), which works very well in electronic (dance-)music.

Liquid Adlibs
That said, positioned in a full-band mix, you’d be hard pressed to spot anything unusual, which makes Adlibs a great addition to anyone’s sample library, especially if you don’t have access to a singer.


The latest entrant in Liquid Instruments’ series of ROMplers, as the name suggests, Adlibs consists of short vocal phrases – 800MB of ‘em, to be precise. They feature three female singers and two males, and cover a range of styles, including pop, dance, soul and electronica.
(...)
Melodyne’s audio manipulation is so good that notes can be moved quite a distance without suffering from the chipmunk effect. This means that phrases can be altered in terms of both timing and pitch to suit your songs. While there’s no doubting that the editing tools are very powerful, notes that are moved by more than two or three notes do exhibit some colouration, and it would be hard to use these phrases in a track if they were exposed too much. That said, positioned in a full-band mix, you’d be hard pressed to spot anything unusual, which makes Adlibs a great addition to anyone’s sample library, especially if you don’t have access to a singer.

Liquid Adlibs
This very special product knows to convince, thanks to the high-quality samples and the flexible Liquid Engine.

This very special product knows to convince, thanks to the high-quality samples and the flexible Liquid Engine. Although you are limited to the given phrases the Liquid Engine powered by Melodyne allows you way more flexible results as any other sample player. So you can create easily verbal and non-verbal phrases for Pop, Hip Hop and R&B. (...)


Sounds:
2400 verbal and nonverbal phrases were recorded from three very good and expressive female singers and five male singers. With the flexible Liquid-Engine you can mix them into your very own vocal-lines and thus enrich your own songs. However, you have no influence on the lyrics and have to be content with the usual "oooh-baby-power-feel-it" of Pop-, Dance-, Soul- and House-phrases. By pitching, quantizing and stretching you can vary the phrases even up to robotic sounds. The lyrics are sometimes hard to understand, but that shouldn´t worry any great mind. Adlibs mostly serve backing purposes anyway.

Conclusion:
Your normal sampling-cds with vocal phrases have very limited possibilities due to their inflexibility - here the Liquid-engine is definitely an advantage. Also, here you have enough Singers and more phrases than enough to thrive on. This clearly beats the last vocal-productions of the Liquid series. This makes "Adlibs" the number one of vocal sampling cds. Ueberschall named it "experience vocal modelling" - and delivers a really nice experience.

Liquid Adlibs
Who is looking for a good collection of phrases that are easy to use and fit in every project should take Liquid Adblis.

(...)
Even the tenth edition of the Liquid-Series brings a useful tool for the daily studio work in front of the computer.
(...)
The quality of the recordings is very good and the Melodyne-Engine keeps guaranteed that the quality stays good even after altering the material.
(...)
The given quality, the stylistic bandwidth and the huge amount of ways to manipulate the material makes it possible to use Liquid Adlibs in many different productions without repeating it. The price of 174 seems to be fair reasonable for the given quality and quantity.

Who is looking for a good collection of phrases that are easy to use and fit in every project should take Liquid Adblis.