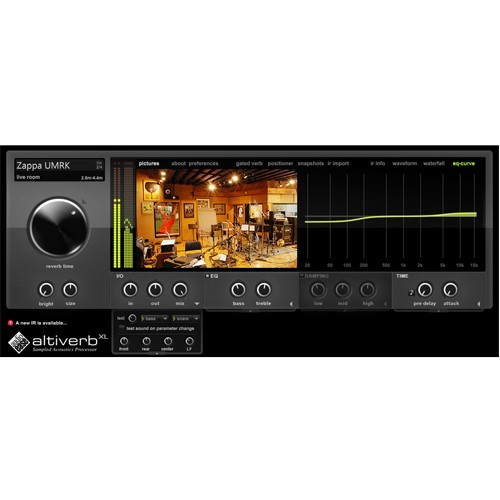 Altiverb's concert halls and recording studio spaces are geared towards music production, but also its plate reverbs and digital reverb gear. But there is more for music: algorithmic brightness, modulation, stage positioning, and tempo locked gated and reverse reverbs. And you can make fantastic textures by using any sound as an impulse response. 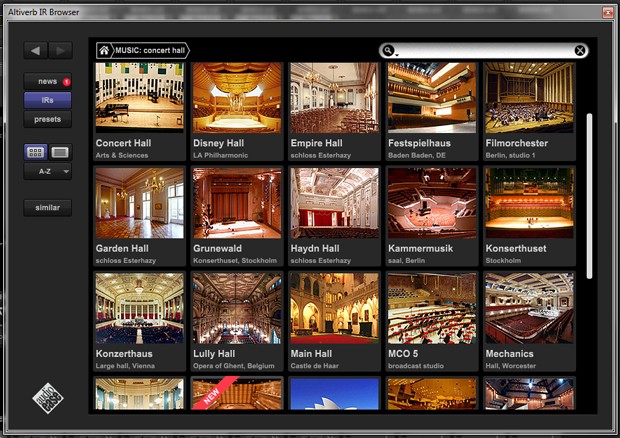 Longer than anyone in the industry, and with more ear for detail, Audio Ease has been traveling the world to record the acoustics of the very best sounding spaces. The results of hundreds of these travels are included with Altiverb 7. From London's Wembley stadium to the ancient caves of the island of Malta, and the churches, concert halls and rock studios of the cities of Paris, Amsterdam, Berlin and New York.