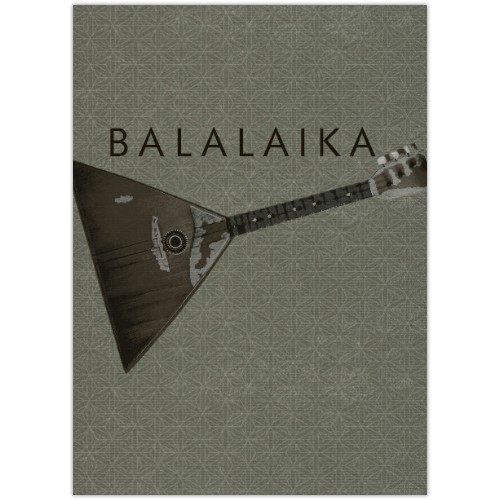 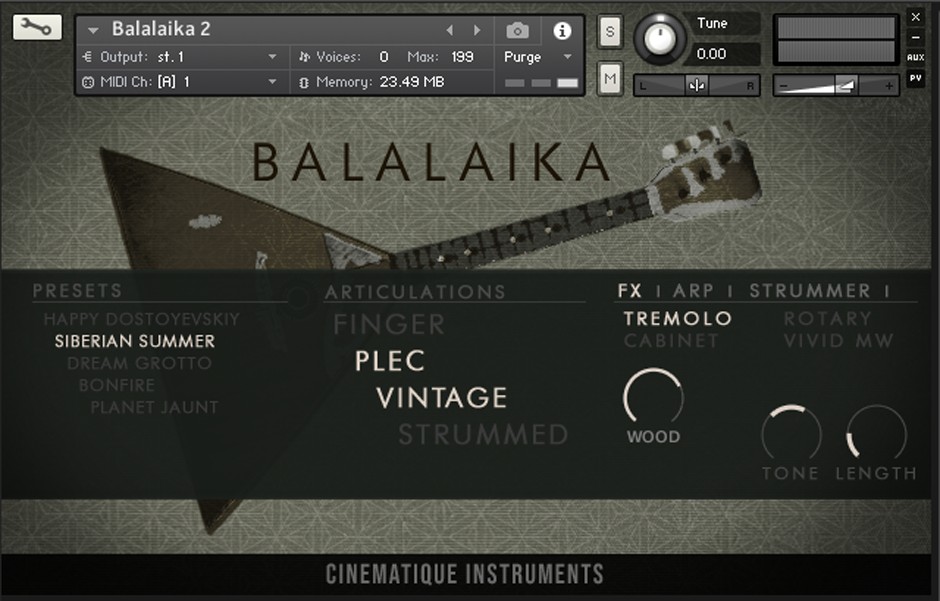 The Balalaika is a small string instrument which most likely originates from central Asian lute instruments. Nowadays, however, Balalaikas are most closely associated with eastern European, especially Russian music. First mentioned in the 17th Century, it was primarily used for village and folk music, but the Balalaika also started to be included in concert performances in the 19th Century. This even leads to the forming of Balalaika orchestras. Additionally, the Balalaika acquired its iconic triangular shape at that time. The Balalaika we have recorded is a three-stringed prima Balalaika typically tuned in E-E-A tuning.

In the history of our previous released string instruments, we have again focused on creating an instrument with a soft and warm sound that will have an organic and realistic feel. To concentrate on the main articulations of this instrument, we have recorded the Balalaika in the regular "finger plucking" articulation in eight times round robin. This is well suited for playing melodies and offers many more uses. It features a "Tremolo-Option" that is controlled over the Mod Wheel. This tremolo can create a tragic and dramatic but incredibly natural tremolo sound, perfectly fitting in many different music styles and genres. The other articulation which we have captured is the "Strummed". This is great for accompanying and creating a good backing for your music.

Along with these samples, we have additionally recorded strummed dead notes. You can play those dead notes using our Strumming Engine, which lets you create patterns in an easy and self-explaining way. Furthermore, the Balalaika is equipped with different options to enhance the entire sound with eight types of reverb, some FX features and editing possibilities.

Overall, the Balalaika is an instrument that is easy to use. It offers loads of capabilities to augment your sound with its soft and organic feel and extremely versatile uses.