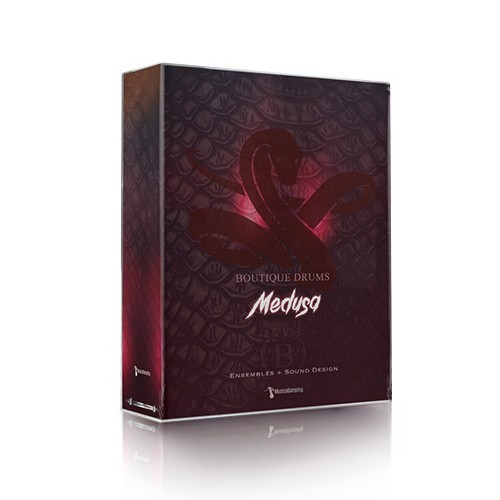 Medusa is a modern ensemble drum library created for trailer producers as well as film, game and television composers. Musical Sampling also made it a point to smack the living snot out of the drums for the top velocities. Couldn't really be in that room without a good set of closed cans if you valued your hearing. Blisters weren't uncommon either.

Getting the mix presets dialed-in was just as crucial and took the most time during Medusa's production cycle to really get right. Hermes is a tight, punchy mix. Centaur is the all-rounder while Zeus takes excellent advantage of the room tone. The Gorgon mix is a hyped, massive, punchy mix designed specifically for trailers. It's yuuuge. 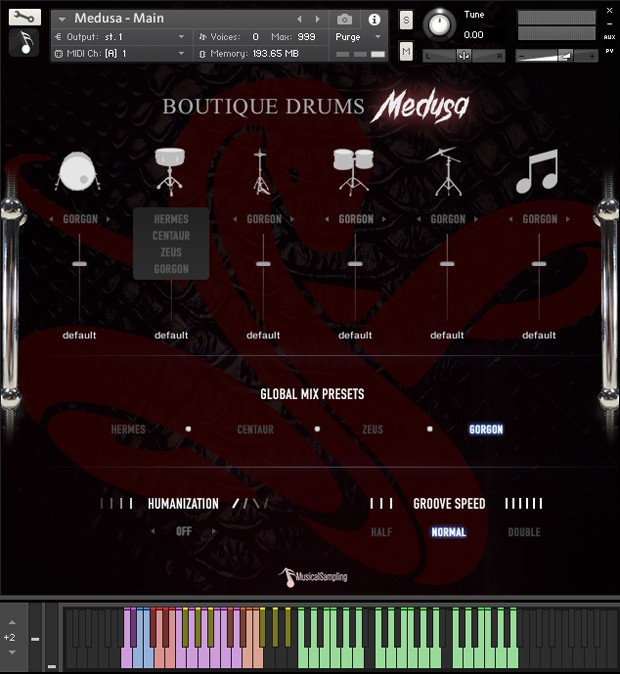 Musical Sampling created the Concussion Hits patch which is comprised of 49 unique, aggressively-processed hits designed to be used as massive accents and low-end support. They also included a WAVs folder of those hits and more for those who prefer that workflow (also makes sense for longer samples like risers). To complete the percussive side of Medusa, Musical Sampling created The Pulses patch - which includes a collection of live hybrid rhythms meant to act as detailed background layers in your percussion tracks. Want a bit more involvement with those grooves? Move that modwheel up!

Also included is an arsenal of playable sound design patches which include drones, keys, guitars, basses, synths, cue starters, etc. -- all kinds of material for you to start rippin' tracks right out the gate. No fluff or afterthoughts here either. Musical Sampling recorded a lot of new source material and built these puppies from the ground-up.