"I love it. Will use it excessively on one of my current projects. It precisely needs the soft and gentle side of Freyja which is so poorly covered in other choir libraries. Great job!" 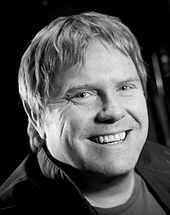 "This is absolutely amazing. Right out of the box, it just sounds superb. No matter what I play, it comes back sounding beautiful." 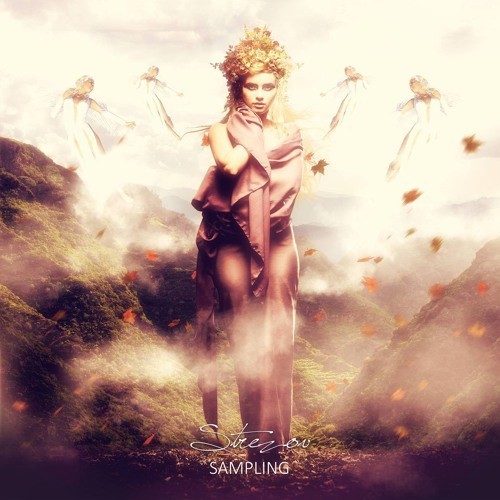 Comprised of ten altos and ten sopranos, all part of many choir recording sessions for artists like Two Steps from Hell, and recorded in the Sofia Session Studio FREYJA sets a new standard in choral sampling introducing the brandnew agile legato sampling technique allowing the user to seamlessly play polyphonic legato with every syllable in the library.

Although there are many reasons FREYJA justifies to be called a next-gen library the biggest of them all is the brandnew Agile Legato. Uncountable hours of work went into creating this brandnew technique of combining true legato sampling with our Syllabuilding approach. Agile Legato not only allows the user to play legato with every syllable availabe in the library, but also features intelligent voice leading enabling polyphonic writing within just one patch. In other words: Hold down a chord in the left, play a melody with your right hand and have it all connected with legato transitions. This powerful feature is controllable by the most common of all midi cc controllers, the sustain pedal.

In addition to the Agile Legato FREYJA also features polyphonic true legato patches (Ah, Mm and MmAh) for both altos and sopranos with two different legato speeds, which gives you tons of flexibility when it comes to writing legato lines. 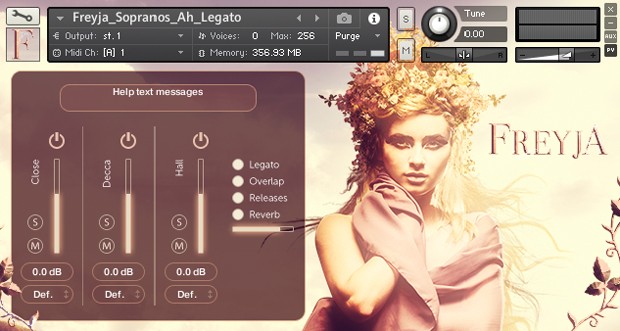 When it comes to virtual choirs there are basically two approaches: Phrasebuilding (StormChoir series) and Wordbuilding (Rhodope series). Freyja combines the simplicity and sample recording of phrasebuilding with the advanced editing functions of wordbuilding. This allows you to have amazing sounding results within seconds, but also to build and create new sample content with only few mouse-clicks. Create complete choral patterns inside the GUI or connect different syllables and morph them to add motion to your choir arrangements. Save and Load complete lyric presets to quickly get yourself into the actual composition or enhance your setup with predefined quick words.

All samples have their natural attacks included. However if you want to tighten them up the Syllabuilder Engine allows you to set custom attack, release, volume and offset values for each field independently. Something first introduced by WOTAN Male Choir and before that greatly missed in all phrasebuilding choir libraries. 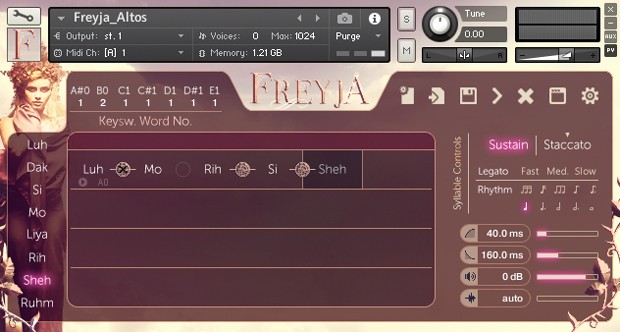 “Freyja is simply superb. The beautifully warm sound of this choir ensemble really adds depth to any piece I need a choir on. Not only do I love the simplicity and control of the Syllabuilder Engine, but the new Legato programming is extremely powerful and gives me the playable choir library I’ve been waiting for.”

"I love it. Will use it excessively on one of my current projects. It precisely needs the soft and gentle side of Freyja which is so poorly covered in other choir libraries. Great job!"

"This is absolutely amazing. Right out of the box, it just sounds superb. No matter what I play, it comes back sounding beautiful."