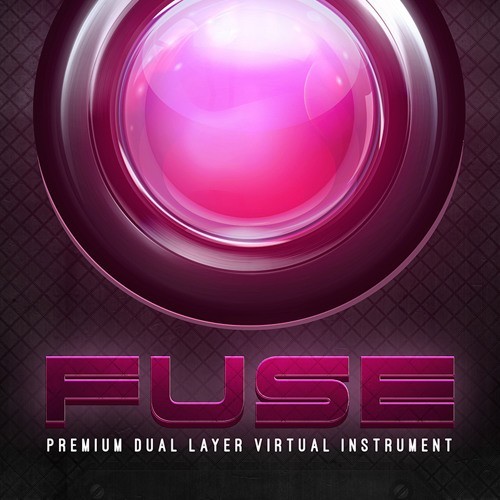 A brand new world-class arsenal of sounds developed by the team at VIP Loops responsible for millions of records sold worldwide. FUSE contains 256 patches which are instantly doubled to 512 in Reverse Mode. Reverse Mode is not simply a reverse of the patch’s samples, it’s a completely new sound with the parameters and attack points adjusted to give you something new and fresh. FUSE’s dual-layer engine and reverse feature allows you to instantly achieve eight different variations of a dual-layer patch even before you start tweaking and tone blending.

FUSE contains a full range of instruments including meticulously sampled acoustic sounds, cutting-edge leads and synths, innovative heart-pounding basses, and creative FX sounds. FUSE contains an entire rack of FX that are dedicated to each engine so that you can do vastly different things to each of the sound engines. It also has an incredible set of five different LFOs. You can have it sync with your tempo, and it also had a mute on each side to save polyphony if needed! 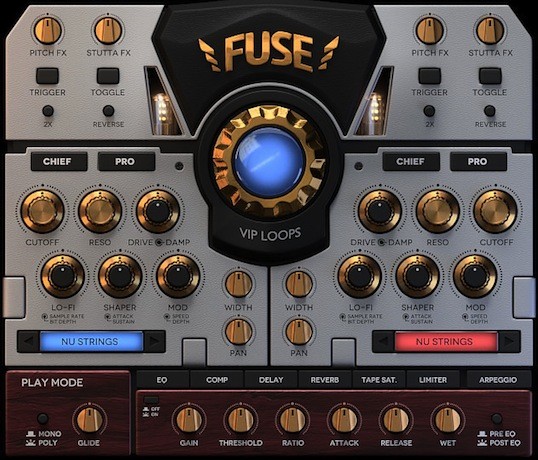 VIP Loops’ instrument design philosophy is simple: the sounds should be incredible, the instrument should be easy to use, an it should be efficient, saving you valuable time in the production or mixing/mastering process. 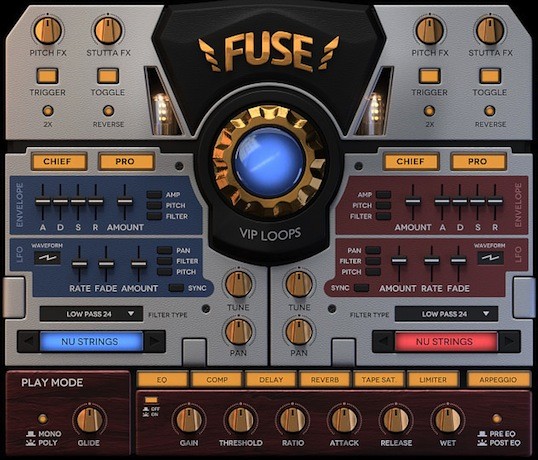 THE GOAL CHAIN OF FX:

At the bottom of the FUSE interface you will find our golden effects chain setup specifically to give you a powerful sound:

All of the FX in FUSE have individual parameters that allow you to tweak them to get it just right! You also have a bypass button to quickly turn the FX on and off, as well as a pre-EQ and post-EQ option.

FUSE is an incredible tool that you must have in your arsenal no matter what genre you are creating for. Whether you are a producer, engineer, live musician, or sound designer, FUSE is a invaluable product that will make your job a lot easier at a price that won’t break the bank. It’s powerful, fast, easy, efficient, and most importantly, it sounds fantastic!