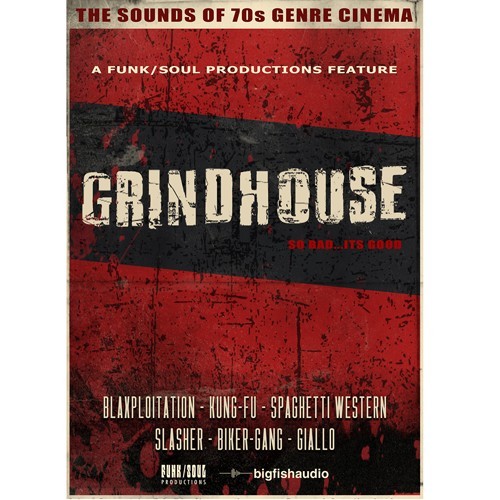 The instruments sampled for Grindhouse were chosen because they have a truly distinctive sound and character. Old instruments, cheap instruments, and instruments that most sensible people would have probably taken to a music store for repairs, or thrown in the trash were used. 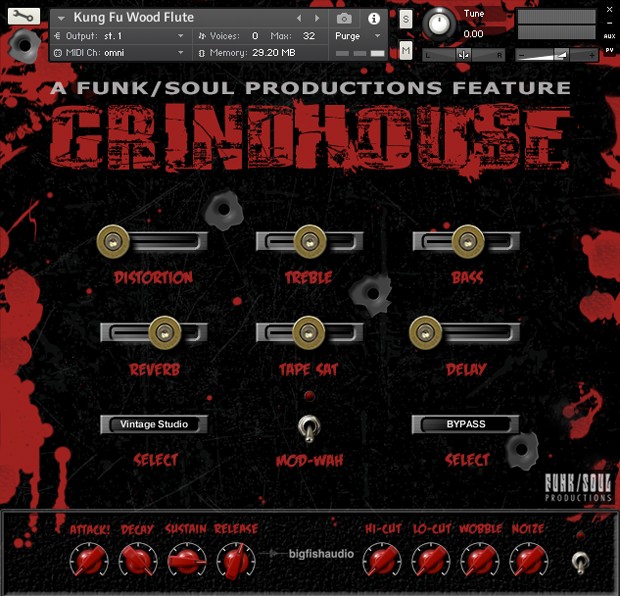 The producers of this library watched a lot of old exploitation films from the 1970s, and set out to replicate some of the vocal and instrument sounds that were used in those films. Take a look at the patch list you’ll find such B-Movie soundtrack classics as Spaghetti Western Electric Guitar, Melodramatic String Section, 1960s Cliche Jungle Movie Drums, several patches of audio clips taken from actual (public domain) Grindhouse flicks, and lots more.