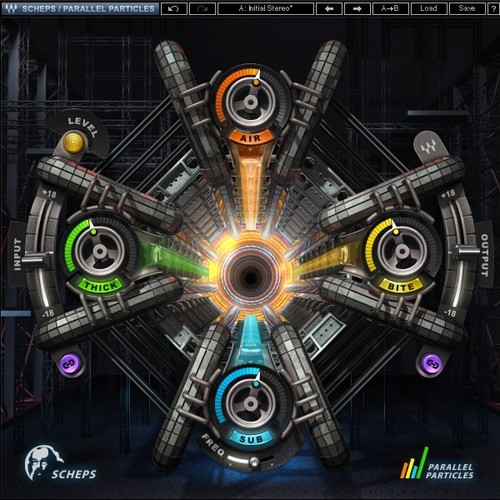 Discover new tone shaping possibilities with the signature sound of Grammy®-winning producer/engineer Andrew Scheps (Red Hot Chili Peppers, Adele, Metallica, Jay Z, Black Sabbath, Lana Del Rey). “This plugin is about attitude, energy and emotion,” Andrew says. “You can find the sound you want, without having to figure out which of the traditional tools will get you there. It is as much an attitude shaper as a tone shaper, so you can focus on how you want your tracks to feel.”

Scheps Parallel Particles captures Andrew’s masterful know-how and experience in the form of four simple-to-use controls, each of which represents one of Andrew’s go-to mixing processes:

Separately, these controls work in very different ways to shape the vitality of the sound. In combination, they can really let you dig in and make huge changes in a subtle way.