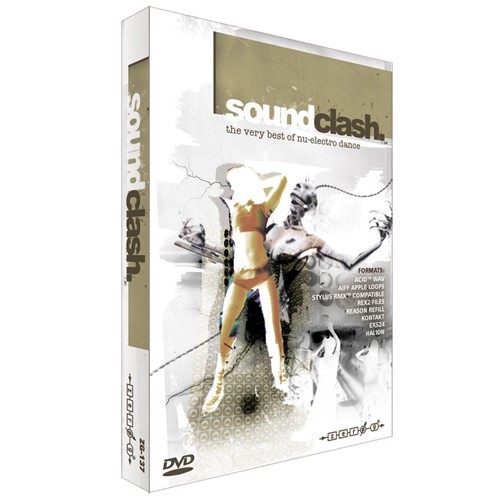 "The basslines and musical elements are influenced as much by rock and punk as they are by dance music - in fact many of the basslines were played live on electric bass and transcribed as synth lines. From a technical viewpoint, ´Soundclash´ comprises an equal balance of digital sound sources and genuine analogue machines from the 80s and early 90s."

"One sound which will be immediately familiar across the library is that of the Roland SH-101, in my opinion one of the warmest and phattest 80s monosynths! Most of the beats were composed through the 12-bit classic Akai MPC 60 - still an absolute favourite of mine and a must for that authentic 80s drum grit! Most of the sounds were treated with digital plug-ins, as I find this to be the perfect combination for dance music; analogue sound sources with digital processing - the best of both worlds!"